THANK YOU FOR YOUR SUPPORTING 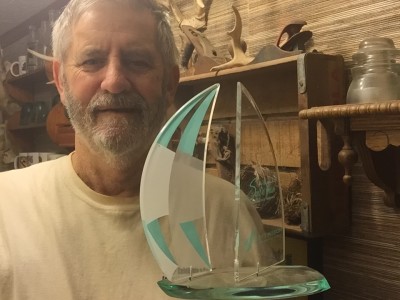 I am fortunate enough to have been able to call Barbara Sharony my best friend. On May 23, 2013….Barbara passed away in Atlanta, Georgia after a 6 year fight with Ovarian Cancer.  Barbara was the most VIBRANT, fun, loving, courageous, and extraordinarily beautiful person (inside & out) that I have ever had the pleasure of knowing. Barbara was extremely competitive and loved the water and sailing. Barbara was an accomplished Scuba Diver…and competed in the 10 K Peachtree Road Races. Barbara owned and sailed a Cal 21. After a six year battle with ovarian cancer, this unyielding disease took the life of our friend. Barbara Sharony loved sailing and the water. The crew of “Gypsy Soul” unanimously voted to  dedicated our participation in the 2015-2016 Harvest Moon regatta to the memory of Barbara Sharony.